Anna Holm: the expert's voice on what it takes to prepare for a marathon

25 Feb 2020
Anna is a great source of pride in our team, for those of you who do not know who she is, it may come as quite a surprise that she is an Olympic runner who also happens to be in charge of our social media.

How did this come to happen? Well, for starters, Anna studied journalism and decided she wanted to do something on the side while training as an elite runner.

Anna’s achievements as a sportswoman may portray her as a rigorous and determined person, and although true, her bubbly personality instantly shines through. She is always munching away at her desk or showing us videos of her remarkable beer-chugging skills (she actually holds the unofficial world record of the beer mile, 6.00 minutes), which are even more impressive when you consider she barely drinks due to her training. Lately, she can regularly be seen organizing her desk, this “nesting” is probably a result of her pregnancy.

Anna has been running ever since she was a kid, since both her parents were long distance runners. In fact, several members on both sides of her family were runners.

“When both your parents are runners, it’s not even a question for you. I was also quite good at it, so I kept going.”

At the tender age of twelve, she made it onto the national team for juniors (up to 19 years of age) which made her the youngest on the team. She ran her first marathon in 2014, at the age of 26. She has competed in International Youth competitions, World Championships for half marathon, European Championships in athletics, multiple European Championships for cross country and the Olympics in 2016. She even managed to secure a one-year full scholarship at Iona College in New York. 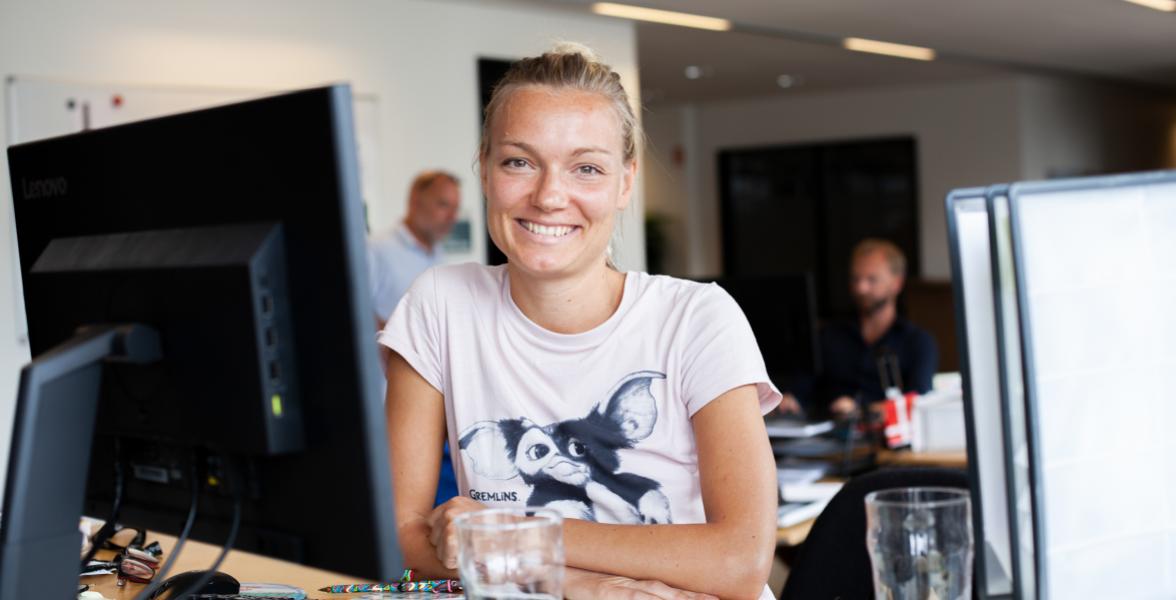 Anna is currently expecting her first child, a girl, and knows that this means her body will change. Fortunately, she has been assured by fellow runners that giving birth has actually led to an improvement in their running. They owe it to something called “natural doping,” due to the additional blood in the system; some people have compared it to training at high altitudes. So even though she’s had to slow down her training dramatically, she hopes to able to return faster and stronger than ever.

Despite the fact that she has been running for 20 years now as an elite, Anna shows no sign of slowing down. She has ticked off two of her biggest goals: living in the USA on a full scholarship and going to the Olympics. Her next goal? Beating her personal best of 2 hours and 33 minutes (from the Frankfurt Marathon in 2017). She believes there is a “magical line” for female runners; running a marathon in under 2 hours and 30 minutes. Having goals along the way is not her only source of motivation, in fact, most of it comes down to one small thing:

“The simple joy of moving your body, it’s the basic things that gives me most joy.”

It has not always been an easy ride, like most runners, Anna has suffered from 2 significant injuries, as well as anemia. There were challenging times leading up to the Olympics where she doubted her ability to recover and keep pushing herself, or whether she should accept that she had reached her limit.

“I had anemia; a classical female problem due to low iron levels. That was especially frustrating, you keep training, but you are not improving because your body isn’t working with you, it took me about 5 or 6 years to sort that out, during which I wasn’t really improving.”

Preparing for a marathon requires much more than intense physical training, for Anna, this also means sacrificing part of her social life in the last few weeks. In order to be able to focus all her energy on training, she will do everything in her power to minimize other risks.

“So many things can go wrong, and you prepare for one single race, so you don’t want to mess up. During the last weeks, I will not see many of my friends because I don’t want to risk getting sick, same with public transport and restaurants. I avoid places where I can catch something. I never want to take any unnecessary risks, it may sound extreme, but I had this talk with a dietician, and he reassured me that this behavior is very normal, since this is my career. It was nice to get that confirmation.” 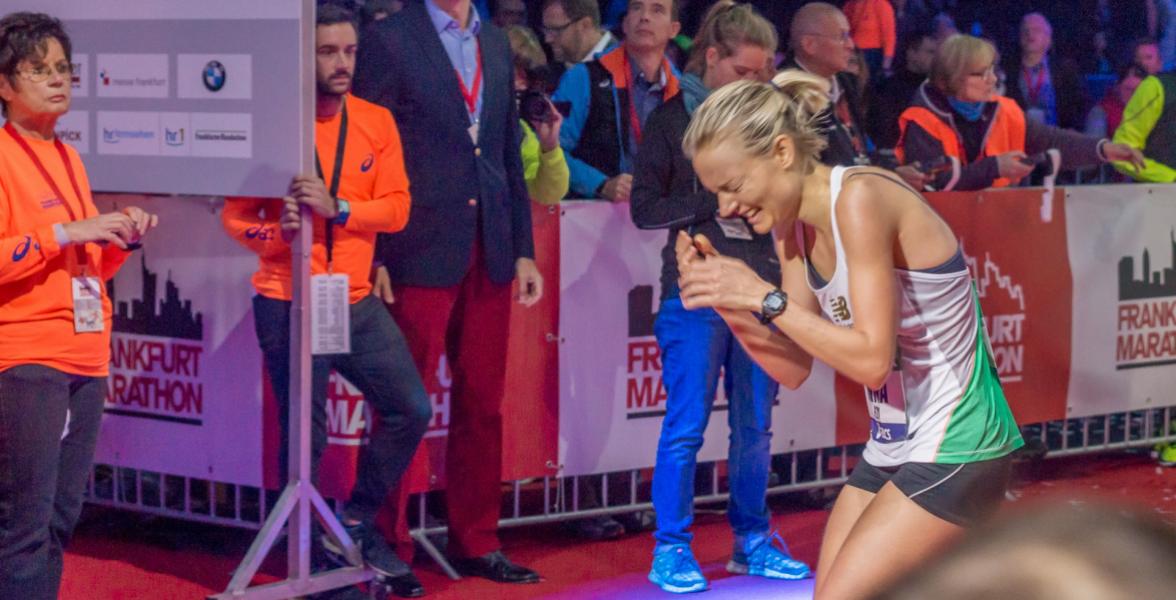 Anna finding out she had qualified for the Olympics

There are times, especially at the end when it can get lonely, she assures me that there is also something nice about devoting all your time to a very specific project. This is the reason she has only ever done one marathon per year.

“The hardest thing about a marathon is that you only have 1 shot, there is not another marathon around the corner.”

Anna has had to come to terms with the fact that even a small mess-up in preparation can have a significant impact on her performance. She learned this the hard way back at the Bulgaria World Championship in 2012 where she mixed her drinks wrong - too much sugar - and just like that half a year of training was lost.

Her most recent accomplishments include the Frankfurt Marathon, 3 times, and the Olympics in Rio de Janeiro.

“I think the greatest reward after finishing a marathon comes naturally from the endorphins. I just feel like the happiest person ever. I’m so happy to have accomplished such a challenge and get hugs from so many people. Its just a natural high. After my PB I had so much energy, I didn’t even sleep. I just went out to dance and have fun. My body was exhausted, but my mind was wide awake.” 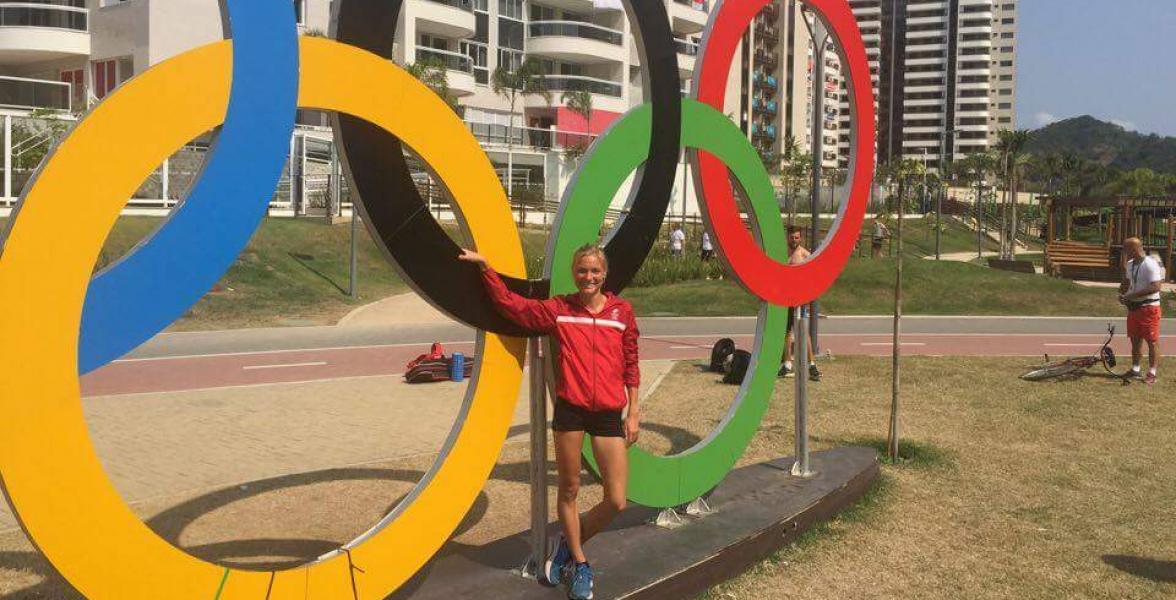 Anna at the Olympics in Rio de Janeiro in 2016

It’s no wonder she appears to be so optimistic about getting back to running after giving birth. In an ideal world, if all goes well, her future plans include the London marathon in April 2021, otherwise a fall marathon like Berlin or Frankfurt.

“A major is on my to-do list, either New York, London or Berlin. If I had to choose one it would be London since my dad won that race so there’s a personal connection to it. And New York would be second since I lived there for a while and always dreamed of going back to run the marathon.”

As for her experience with Albatros Adventure Marathons, she has only ever participated in the Great Wall Marathon fun run (8.5 km), which she remembers feeling as if she had just run a half marathon because of all the stairs. Due to the challenging nature of our marathons, Anna believes she wouldn’t be able to participate in one of them until she has given up competing.

“If I would have to pick one to do later on, I would probably say Petra, except for the heat. Must be exhausting. Iceland would also be nice, or the Big 5. Those would be my top 3.”

It’s well known that Anna doesn’t like to be asked too many training tips, but I can’t help but ask for one “newbie” tip, which she happily accepts.

“I would say not focusing on the speed, or rather focusing on going slow. You need to start by running 80% of your training at a moderate tempo. A good way to know that tempo is that you have to be able to talk the entire time, and not just a few words but a proper conversation. A lot of people make the mistake of running fast and pushing themselves, but their body isn’t used to that and so it tells them that this is not good for you and you lose your motivation. Once you’ve been running for a while, then you can introduce interval training, but still this will only be 20% of the time.”

After having taken up enough of her time, I ask her if there's anything else she would like to share with our readers, to which she replies:

“Maybe that I really love Bagan, I’ve been there twice. It’s very cool, I can highly recommend that destination.”
Story:
Our people
Tags: